Between 2001 and 2003, Laura B. and Eric Gamboa recorded the demos that became the I Hate That Thing Called Blog sessions for Carrie, which served as the base for the album Honey Blue Star, released by Static Discos and Dearstereofan in 2005. In retrospect, Carrie thinks that “the demos have this noisy sound, lo-fi and childlike quality that is now so hip”. For Carrie, which saw her last and final release in early 2012, these are tracks that now “feel nostalgic and reflect moments of something that seems to have never existed”. Static Discos is proud to release the Honey Blue Star demos as a Free Download. 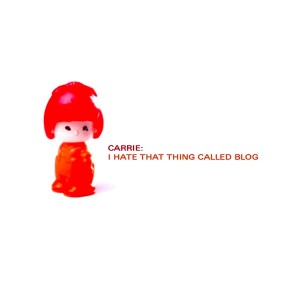