If those elusive moments of natural and instantaneous chemistry in music-making exist, then it happened with One Second Bridge, a music project formed by two young latin-americans residing in Barcelona at the start of the century, lead by Vicente García Landa (now in Fonogram) and Matias Bieniaszewski. One Second Bridge’s debut was released in 2006 by City Centre Offices‘s Büro sublabel in Europe and in our Verdigris sublabel in early 2007 in México. Canada’s Exclaim! magazine described their sound this way: “Early ’90s shoegazer touchstones such as Pale Saints, Lush and Slowdive turn up the duo’s haze-blurred guitar lines and hushed vocals; but the pulse of current glitch electronics and acoustic instruments keep the atmosphere from floating off into the past completely”.

Improvisation sessions that extended through many nights with the aim of creating pop music without limits, expansive, artistic and profound. Different circumstances would not allow the project to go further, but maybe those moments have to be brief. 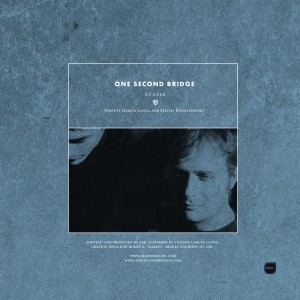