We are proud to release Seekers Who Are Lovers‘ debut EP, You Are The Pride Of Your Street, as an expanded edition free download. The EP was originally released on Soundsister in late 2006 and we are re-releasing today with a couple of live bonus tracks that will serve as a precursor to Seekers Who Are Lovers’ forthcoming new release on Static Discos. We transcribe part of Pitchforkmedia’s review by Mark Richardson to describe the music of You Are The Pride Of Your Street:

Ángel Sánchez, the man behind Seekers Who Are Lovers, has previously released music under the name Antiguo Autómata Mexicano. Seekers Who Are Lovers is a vastly different project for Sánchez, in that it focuses on songs and his voice. Lots of electronic producers decide at some point to work vocals into their music, and many take to the mic themselves; none I’ve heard possesses the vocal talent of Sánchez. His androgynous croon, which oscillates between masculine and feminine in the manner of artists like Nina Simone and Bryan Ferry, is rich, ethereal and supple. That the name of this project is drawn from a Cocteau Twins track is a further clue to the sonic world Sánchez is after”. 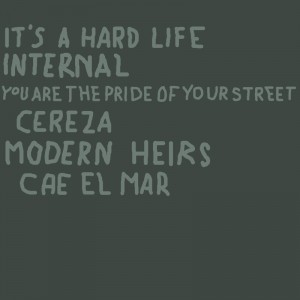